Les Films Séville is a leader in the distribution of film content in Quebec and Canada, an important partner of the Quebec film industry and the largest distributor of Quebec films internationally.

Since 2012, Seventyeight Digital has provided Les Films Séville with a broad range of digital services from email marketing, to data management, to contest and sweepstakes creative and administration. In additional to executing on activations in support of their feature film releases we also manage their consumer subscriber data and provide their partner agencies with a custom web service in order to feed new subscriber data from various campaigns into the centralized database.

Here is a brief list of films that our activations have promoted. 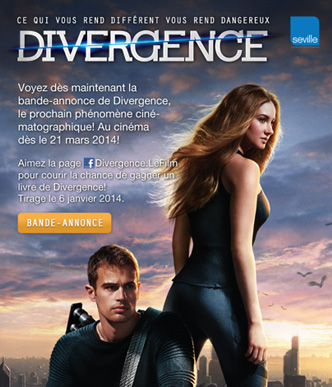